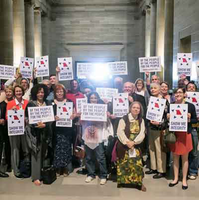 Missouri's regular spring 2021 legislative session ended May 14, 2021 by sending several bills to Governor Mike Parson's desk for his signature and to be enacted into law.

While the legislative process is one filled with compromises, legislators did come to agreement on preserving 2nd Amendment gun rights in Missouri by not enforcing Federal gun laws, prohibit publishing names of lottery winners, and deregulating metal sales reporting requirements. They did kill funding for the Medicare Expansion initiative that was passed in the November 2020 election by a 53.27% voter approval.

What is most notable for cannabis industry professionals are the bills that were not sent to the Governor. The House started the “War on the Initiative Process” by passing legislation to make citizen-initiated ballot initiatives more difficult, more expensive, and completely unusable by Missouri citizens.

The voter advocacy group Show Me Integrity, who proclaims itself as “a cross-partisan movement for more effective, ethical government of, by, and for the people of Missouri & beyond” worked hard to defeat the proposed ballot bills. Through a supporting coalition of activists across Missouri, they mounted a “Protect the Ballot Initiative: Advocacy Day & Rally” on April 28, 2021 on the steps of the Missouri Capitol.

"Whether you're here for health care or taxes or the fundamental freedom of every Missourian, we all know that the ballot initiative process is the way that we can keep that check on the Legislature to make sure they are doing the will of the people back home," Benjamin Singer, Show Me Integrity's executive director, told the crowd.

Their voices may have been heard in the legislators' chambers because none of the ballot bills advanced. In a report to the Missouri Cannabis Industry Association Board of Directors, Steve Faber, Regulations Chairman reported Rep. Mike Henderson's, (R) District 117 sponsored Bill, HJR 20 was “laid over” by the Senate.

A tactic most used by both chambers is to put bills on the “informal calendar” when they don't gain enough traction to advance through the legislative process. When queried by the MCIA Board about the legal implications and what the term “laid over” means, Faber responded “I have no idea.” The consensus was it could be just another term to describe the place where unwanted bills go to die.

The Missouri House originated the two most egregious bills that would have ended the ballot initiative process in Missouri. In effect, the legislation would shorten the period of time in which you can gather signatures, increase the required number of signatures by more than 40%, and raise the required threshold for votes at the ballot box from a simple majority to a two-thirds supermajority to pass.

Bill HB333 shortened the time people would have to gather signatures, and granted the Attorney General the power to declare a petition unconstitutional without the due process of a court hearing. The Secretary of State would be allowed an unprecedented 150-word summary instead of 50 words to write a potentially biased ballot description about the initiative. If a court finds the Secretary’s language to be illegally misleading, then any signatures gathered before that court decision would be invalidated—punishing citizens for the Secretary’s illegal actions. In addition to these blatant power grabs, HB33 would also charge citizens $500 just for filing a petition.

Missouri's medical marijuana Amendment 2 which passed in 2018 with a 65.59% approval would have never made it into law if these restrictive constitutional amendments were in place. Any future cannabis adult-use citizen initiative may not get on the ballot and pass in 2022 if Missouri Legislators have their way.